You might have encountered times where you find Excel not letting you perform certain operations on your data due to the presence of merged cells.

Merged cells are often so subtle in appearance that it’s difficult to hunt them down one by one. It becomes even tougher when you are dealing with large datasets where there can be multiple instances of merged cells.

Here are some cases in which Excel does not allow you to perform operation due to the presence of merged cells:

In this Excel tutorial, we will show you two quick and easy ways in which you can use to find merged cells in your worksheet, even if it is a large one.

Once you have found the merged cells, you can further process them by either unmerging them, highlighting them, or removing them.

The Find and Replace feature provides a great way to select merged cells in Excel.

Let’s say you have the dataset shown below:

Now to find these merged cells, you can use Find and Replace as follows:

Highlighting all Merged Cells in your Worksheet

For this, select one of the styles from the Styles group under the Home tab (or choose any other cell color in which you want to highlight the merged cells).

Now you can clearly see which cells are merged. 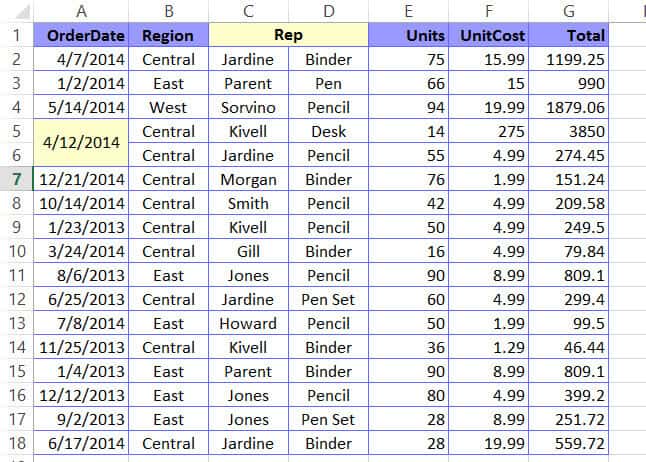 At this point, it’s up to you to decide if you want to delete these cells, replace them or simply unmerge them.

Unmerging all Merged Cells in your Worksheet

Once you have found all the merged cells in your sheet, you can decide to unmerge these cells so that they become easier to work with.

For this Go to the Home tab and click on the ‘Merge & Center’ button. This will instantly unmerge all the cells. 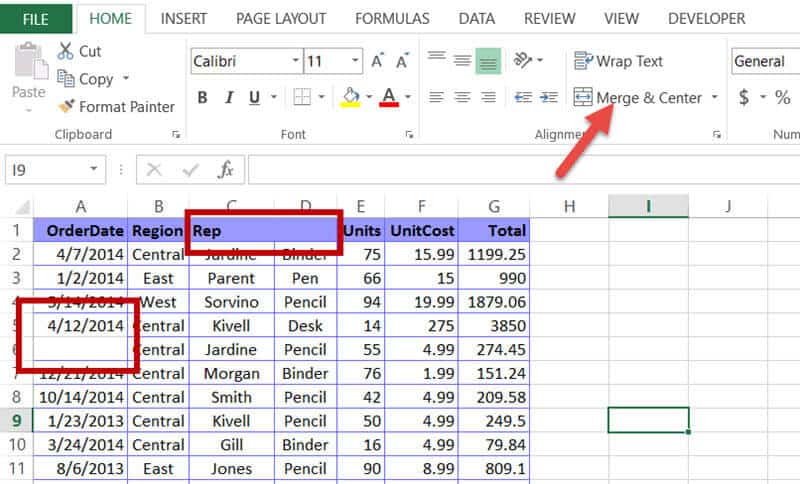 Now you can sort the data as it would not have any merged cells.

Method 2: Using VBScript to find and highlight all Merged Cells in your Worksheet

If you prefer to use VBScript to programmatically find and highlight/unmerge all the merged cells in your sheet, here is a super-easy way.

Here’s the code that we will be using:

Make sure you have the sheet you want to work on as the active sheet. The above code will cycle through each cell in your active sheet’s working area.

Wherever it finds the MergeCells property set to True, it highlights the cell by setting its Style property to “Note”.

Below are the steps to use the above VBA macro code:

If you want to unmerge all the merged cells in your sheet, then you can add an extra line after line 5:

So your code will be:

Run the code by pressing F5 on the keyboard or clicking on the button from the toolbar on top.

Which of the Two Methods is Better?

Among the two methods shown above, you can choose to follow any method you are comfortable with.

If you are not experienced with or are not comfortable with coding, the first method would be easier for you. However, if you use the second method, you can get the work done quickly since you can build the code into a macro and find all your merged cells with a single click every time.

The first method requires you to go through a series of steps, which is alright if you have a small number of merged cells.

However, if you need to find a large number of merged cells in large datasets or you need to do the same for multiple workbooks, the second method will save you loads of time.

Use Center Across Selection to Avoid Merging Cells

As a rule of thumb, it is usually advised to avoid merging cells. Instead, you can use ‘Center Across Selection’. This makes your cells look like they’re merged, but don’t require the actual underlying cells to merge together. It’s really easy to do this.

If you want to span your text horizontally over two columns, select the two cells, right-click on the selection and select Format Cells from the popup menu.

From the Format Cells dialog box, select the Alignment tab and under Text Alignment, select ‘Center Across Selection’ from the Horizontal options. 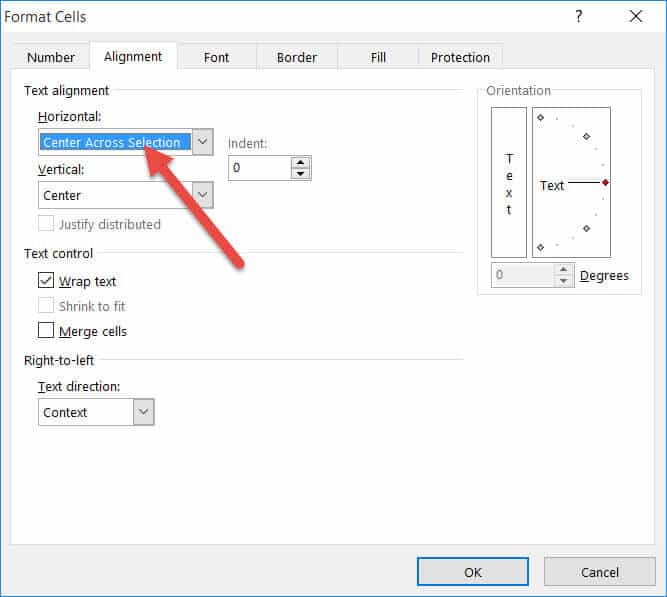 This way, you don’t have to worry about all the issues related to operating on ranges that contain merged cells.

In this tutorial, we showed you two ways to find merged cells in Excel. Among these, the first method is the manual method that involves going through a series of steps to find all the merged cells.

For example, you can either highlight the cells to see them more clearly or unmerge them. In the end, we also discussed some good practices when using Excel worksheets so as to avoid the problems associated with merged cells.