When working with data and spreadsheets, readability, and structure matter a lot.

It makes the data easier to skim through and work with. One of the best ways to make your data more readable is to split it into chunks so that it is easier to access the right information.

When entering data from scratch, it’s possible to ensure that we structure the data to be more readable. However, sometimes you need to work with data that someone else has created.

If the volume of the data is very large then it’s usually quite difficult to structure the data’s readability. 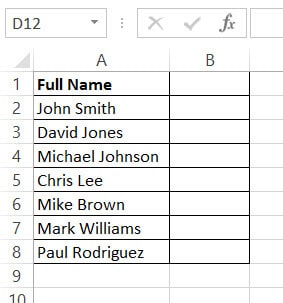 In other cases, you might have got a list of addresses, but want to organize this data properly so you can clearly see how many of the people reside in, say, New York. 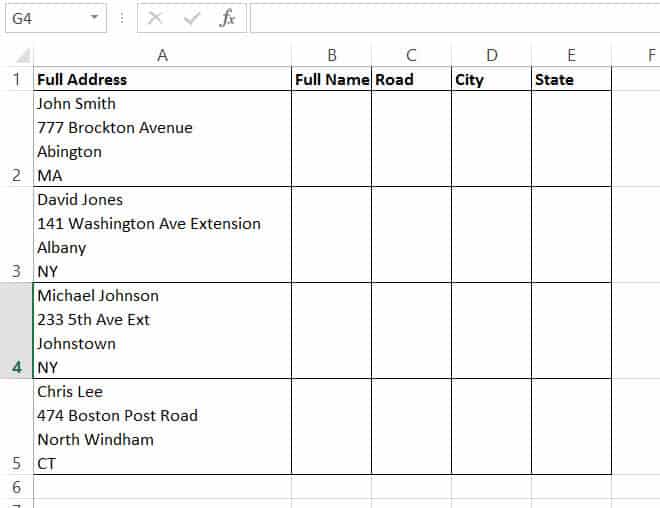 The best way to work through the above two problems is by splitting one column into multiple columns.

The new versions of Excel provide a special feature that lets you do that using the ‘Data’ menu.

Let’s see how this can be achieved in both the above cases.

How to Split one Column into Multiple Columns

Say you have a list of names that you want to split into columns Name and Surname. 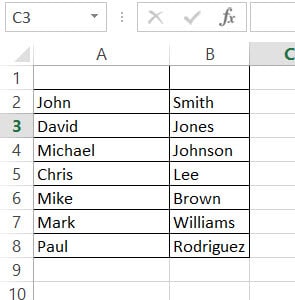 It’s important to note that when you split the contents of a cell, Excel does not insert new cells to hold the contents.

So the new cells will overwrite the contents in the next cell on the right. Therefore, you should make sure that you leave an empty space on the right before splitting.

You also have the option to select the destination of the split data.

You can specify this during Step 7 by typing in the location where you want the split cells to be displayed in the destination input box. You can also select the destination cell from here.

It goes without saying that the number of columns that your data will be split into depends on the delimiters that you selected.

That means if you have a comma as a delimiter and in some cells, you have three words separated by commas then your data will be split into three columns.

How to Split Multiple Lines in a Cell into Multiple Cells

Now let’s discuss how to go about cases where you have a lot of information provided in separate lines of a cell.

Take for example the sheet below.

Here you can see a whole address given in each cell. Each part of the address is on a separate line of a cell. Separating this column into four different columns that can show the full name of the person, Street, City and Country would make it much easier to identify patterns in the data.

Unfortunately separating cells with multiple lines is not as easy as the method given above. But it’s not too tough either. Here’s how you can go about this problem. 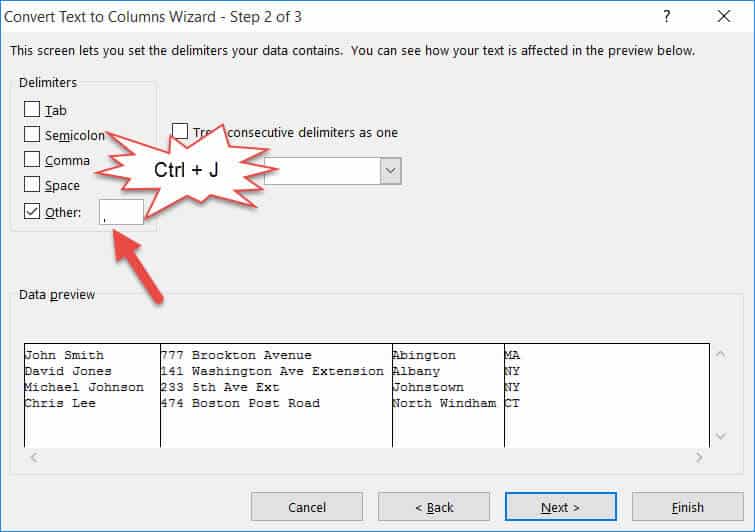 You can see how your data is going to look after the split in the data preview area at the bottom of the dialog box.

Once this is done, you will find columns B through E each containing a separate element of the address that was present in Column A. 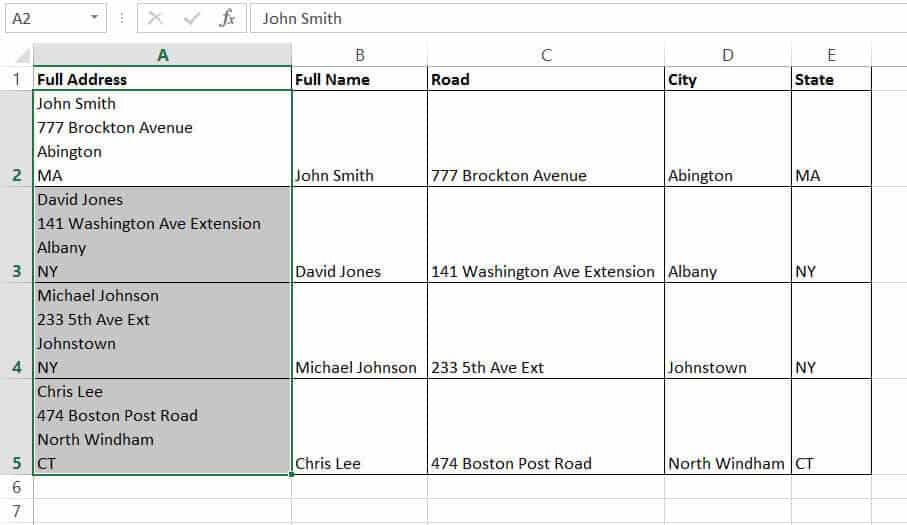 How to Split up a Merged Cell

Before we end the article we want to add one more case. You may have more than one cells merged together and be looking for a way to unmerge or split these cells. We would like to also address this issue, in case you landed on our page looking for a solution to that. Here are the steps:

Note that Excel does not have the option to split an unmerged cell into smaller cells (as is possible in MS Word).

We have discussed how you can split cells in Excel into separate cells using different types of delimiters. We have also taken a brief look at how to split cells that had been previously merged.

The above steps have been specified assuming that you are using Excel versions 2013 to 2019. However, Microsoft keeps updating its menus, tabs, and options in every new version it brings out.

So we cannot say for sure if the methods we mentioned will work on later versions of Excel.

I hope you found this tutorial useful!